Twenty-fifteen has already been a year the automotive industry makes a distinctive attempt to marry an American pastime of automotive manufacturing with the future. #CES2015 showcased many auto maker’s efforts and latest designs and was quite arguably the most advancement any one field made. I am going to give you a crash course on a couple of the highlights from CES2015 and what it could mean when it comes time for your next car purchase. Audi, BMW, Ford, Mercedes, and Toyota were all there, but there were also a swell of newcomers like Renovo and Elio who attended to shake things up a bit.

If you followed CES2015 you already know that there were two topics that dominated the event; Wearables and IOT (Internet of Things). The internet of things, if you’re not up to date, is the idea of connecting everything to the internet that can be connected, to provide users with more control and other autonomous actions that weren’t previously possible. The automotive field was not going to be on the sidelines for this one. In fact, some of the most impressive uses of IOT was in the automotive sector. I mean Audi’s new A7 concept drove 550 miles to the convention… without a driver! Thats right, all the way from Palo Alto to Vegas with no human being behind the wheel. Mercedes showed off their F015 concept that was basically a mobile lounge with a plush interior that rivaled many of the luxurious suites I’m sure their executives were staying in for the event. BMW, Volkswagen, Ford, and Toyota were all at CES and followed the IOT trend. With the increased demand for connected cars, companies like Ford and Toyota have overhauled their software to make them more robust and user friendly. Many of these cars will self park, yawn that was so last year. But what if I told you that some manufacturers took it a step further and are actually using beta versions of smart watch apps to retrieve your connected vehicle. Virtual Valet is a thing now and you’ll probably see it listed on the features sticker of the next car you buy, and it’s going to run from wrist. As anticipated, the wearables division of CES was massive. Smart watches are not only counting calories and steps, but now they will retrieve your car. If Samsung would ever get their priorities straight, they might be able to capitalize with Tizen and really dig in with this new smart watch application, but we’ll leave that for another blog.

While all the glitz and glam was truly awe inspiring, there was a subtle concern lurking in the back of the minds of many of the experts at the event. Automation is happening, there is no two ways about it. Your car, your living room, all of your electronics, INCLUDING your home appliances, are going to become automated and connected to the internet. The reason for the concern is an unknown variable that hasn’t really been explored yet. What happens when these devices start making their own decisions? Right off the bat you started thinking about Terminator and Skynet and Arnold and machines becoming self aware and mercilessly destroying humanity and you probably immediately dismissed it. Well, I hate to be the bearer of bad news but it is a possibility that these machines will start acting in ways we have not perceived. How concerned should we be about this phenomenon though? Elon Musk just spent $10 million dollars to make sure Skynet doesn’t become a reality. When one of our generations smartest and most successful technology pundits spends $10 million to fight it the concern deserves more attention.

The post Self Driving Cars and the End of the World appeared first onUpTopApps LLC. 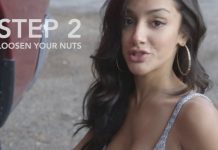 How to Change A Tire VIDEO w/ Brittney Alger 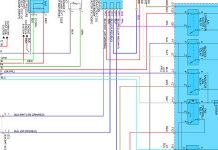 How to diagnose electrical issue with AC compressor 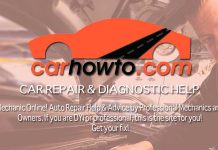